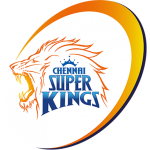 IPL 2022 CSK players list is placed here. The Super Kings have lifted the IPL trophy on four occasions, including last year’s IPL. They have the highest win percentage of any other team in the league. CSK had reached the playoffs in every IPL edition up until 2020, and have won the previous year’s IPL as well. Their head coach is New Zealander Stephen Fleming, who brings an abundance of experience to the team.  Below is the CSK squad 2022.

While captain MS Dhoni and Ravindra Jadeja have been retained, a lot of the old guard hasn’t, as the likes of Suresh Raina and Imran Tahir have been released. Whereas Royal Challengers Banglore have won the maximum bid of Faf Du Plessis(Rs.7 Crore).

The retained players of CSK are MS Dhoni, Ravindra Jadeja, Moen Ali, and Rituraj Gaikwad. Moving to the auction, Deepak Chahar joined the team(rather retained) with a maximum bid of Rs. 14 Crore. This made him the highest-paid Indian fast bowler in the history of IPL. Ambati Rayudu also joined the team again for Rs. 6.75 Crore.

CSK have a lot of support from the fans and not just because they have won the IPL four times. For a side to have the presence of MS Dhoni as their captain given his idol worship, you expect the team to be as well-followed too. And their squad reflects the thinking of their skipper – a need to back most of the players who had won them the trophy in 2021.  Below is the list of IPL Chennai super kings squad 2022 players.