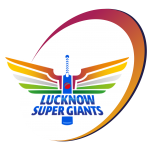 IPL 2022 Lucknow team players list is placed here. The Lucknow-based franchise is one of the two entrants that will be playing this year’s IPL 2022, founded in 2021. Sanjiv Goenka-owned company RPSG Group is the owner of this franchise. They won the right to operate the franchise with the maximum bid of INR 7,090 Crore. It’s one of the highest bidding prices to own any franchise.  The home ground of LSG is going to be BRSABV Ekana Cricket  Stadium in Lucknow, Uttar Pradesh. The team has added some big players like KL Rahul, the highest-paid uncapped player ever Avesh Khan, and Marcus Stoinis to name a few. The head coach of the team will be Andy Flower. The mentor and assistant coach of the team will be Gautam Gambhir and Vijay Dahiya respectively. We have the complete team list of Lucknow Super Giants 2022 below.