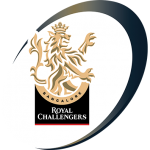 RCB team 2023 players list is placed here. The Challengers have been dubbed the bridesmaids of the Indian Premier League as they have never won the tournament. Even then, they have finished as runners-up on three separate occasions. They have been very up and downsides over the years. This is highlighted by the fact that they hold the records for the highest (263) and the lowest (49) totals scored in an IPL match. IPL 2023 players list: Full squad of Royal Challengers Bangalore is placed below.

After three Barton seasons between 2017 and 2019, where they failed to make the playoffs and came bottom of the standings twice. RCB has made some progress by finishing the season in third place in  IPL 2021, and fourth place in IPL 2022. The players retained by Banglore include:

The Royal Challengers Bangalore are one of the most followed teams in the Indian Premier League but they are yet to deliver a title to their fans. Will the 2023 edition of the IPL be the one in which they finally win the tournament after having performed decently in the previous season? A lot of eyes will be on the RCB team 2023 squad given how they have managed to mess things up every season, especially with their bowling department. The bottom line remains that RCB needs to allow their batsmen to bat freely. The only way to do so is to bring in a match-winning bowler to their line-up. The fans really hope this year’s squad selection serves this purpose. RCB 2023 team players list is placed below.