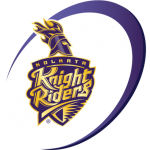 KKR player list 2023 is placed here.  Co-owned by the “Badshah” of Bollywood Shahrukh Khan, the Knight Riders have won the IPL on two previous occasions(2012 and 2014). However, since their last win in 2014, it has been a dry spell for them as they have failed to reach a final till 2022. They have made significant changes after that, which is evident from the last season. You can find the complete squad of KKR for IPL 2023 below.

There is no doubt that the Knight Riders have plenty of match-winners within their ranks. With the addition of big names to the team, fans will surely have their hopes high. It would be very interesting to see the performance of the Knights and see if they can bag their third win this season. We have the complete Kolkata Knight Riders IPL 2023 squad below.