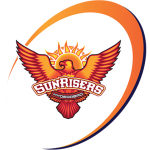 IPL SRH team 2022 players list is placed here. The Sunrisers Hyderabad are the team in the IPL, that was formed in 2012 after the Hyderabad-based Deccan Chargers folded. Although they have played fewer seasons than the other teams in the IPL, they certainly don’t lack experience. It’s evident from the fact that they have only thrice failed to make the playoffs in their previous nine campaigns. They won the tournament in 2016, and they returned to the final two years later but missed out on lifting the trophy. Below is the complete Sunrisers Hyderabad team 2022 players list.

SRH certainly had stability throughout the years. They have only ever had two head coaches who are both Australian coincidentally. Tom Moody will be their head coach this year. Three Australians have also captained them over the years, so perhaps this isn’t a coincidence after all. SRH former captain David Warner has moved to Delhi Capitals, this year. So, they will have once again Kane Williamson as their captain.  Hyderabad’s spin-bowling coach will be Muralitharan, who has worldly experience and guidance to rely on.

The Sunrisers had a great auction this year. They made big purchases like Nicholas Pooran for Rs. 10.75 Crore, Washington Sunder for Rs. 8.75 Crore, and Rahul Tripathi for Rs. 8.5 Crore to name a few. Also, they added some new names like Ramiro Shephard(Rs. 7.7 Crore), Sean Abbott, and Glen Phillips(Rs. 6.5 Crore).

As you can see, there is very little to report on as the Sunrisers have completed very little business. They have a well-rounded squad with new players added to this team. Kane Williamson is surely a great captain. They will have to do something different to win, which is evident from the auction. Fans would love to see how their team performs this season.  We have the complete IPL SRH squad 2022 below.