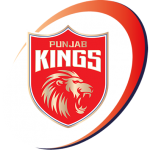 PBKS player list is placed here. Along with the Delhi Capitals, the Punjab Kings is probably the most unsuccessful team of all active IPL teams. Like the Capitals, they have only ever reached one final, which was back in 2014, and they have only reached the playoffs on two occasions. However, this is a new season, and they have a new team name. The early days of the Kings XI era started with great promise as they finished second in the standings of the first-ever IPL edition, but it has been downhill all the rest since, except for the 2014 season. Punjab Kings team players list is placed below.

Their head coach is Anil Kumble. They will be hoping for stability under Kumble as Punjab has gone through many coaches over the years searching for that winning formula. The Kings have retained 16 players this season. This includes:

Punjab went big in the auction making the topmost bid in the IPL history of Rs. 18.50 Crore, adding Sam Curran to the team. They have some frightening firepower up top, with Liam being a scary prospect for their opponents. They also have a lightning-quick pace in their bowling attack, making them a very well-rounded team.  So, this is surely an exciting time for the Punjab fans. But there is a realistic expectation this season, something they haven’t experienced before. Will they be able to cope with the pressure?  Below is the complete Punjab Kings roster 2023.