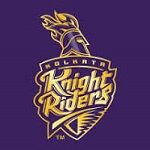 KKR player list 2021 is placed here. The Knight Riders have won the IPL on two previous occasions. However, since their last win in 2014, it has been a dry spell for them as they have failed to reach a final. Furthermore, they haven’t even made the playoffs for the past two years. They have always been a side heavy criticised for making too many changes each year. They need to give their players and coaching staff time to gel if they are to return to the side they once were, a side that holds the record for 14 consecutive victories. Kolkata Knight Riders 2021 team is placed below.

One of the things that strike me when I look at their coaching staff, in particular, is just how many coaches they have! While they are trying to cover every angle, there is also the old saying that too many cooks spoil the broth, which could undoubtedly be the case for them this season. They are coached by Brendon McCullum, who has years of IPL experience under his belt, and they have Eoin Morgan as their captain.

KKR retained most of their key players from last seasons, such as Eoin Morgan, Pat Cummins, and Shubman Gill. The key for them in the auction was to fill the gaps, and they will undoubtedly feel that they have done that. They brought in the very dangerous Shakib al Hasan for Rs. 3.2 Crore, as well as the seasoned veteran Harbhajan Singh. They also added five other players to their squad.

There is no doubt that the Knight Riders have plenty of match-winners within their ranks. However, when I look at them on the whole, they don’t look like a complete team for me. I don’t see any structured order to them, which is a problem they have had over the past few seasons. This has led to them making all of these changes throughout the season, which has resulted in a lack of stability. They appear to be a team of many all-rounders. While some would say that it is a good thing as they can adapt to their opponent’s strengths and weaknesses, I don’t as you need to give your team as much time to settle as possible. This is especially critical in the shorter format of the game when time is of the essence. Kolkata Knight Riders IPL 2021 squad Iis placed below.