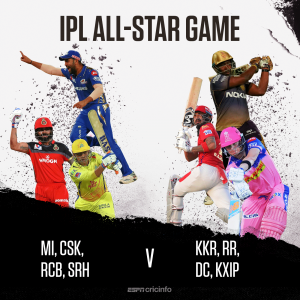 Going by the experience the most likely captains for the sides would be MS Dhoni leading the south-west and Steve Smith could be considered to lead the South-West side.