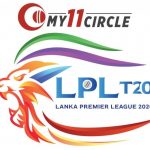 After an unsuccessful attempt to kick-start a T20 League last year, the first season of the Lankan Premier League (LPL) will be played in November this year. All the information around LPL live streaming, schedule, squad lists, tickets, predictions and any other news around it can be found below.

The Sri Lankan cricket board, which is undergoing a massive change of its own, will organise this new T20 league that will see former Sri Lankan cricketer Russel Arnold in the role of a director for this competition that begins from 21 November. The LPL final will be played on 13th December 2020. More on the LPL Schedule will be released once the SLC reveals the fixture list.

In an SLC media release, they said:

Sri Lanka Cricket is delighted to announce its aspiration to launch a T20 League with the participation of Sri Lankan and international players.

The only one season of the Sri Lankan Premier League, or SLPL as it was then called, was held in 2012, but just a season later, it had to be shelved because of sponsorship issues. There were attempts made to revive it but none as concerted as this one for the LPL which, one hopes will be a tournament that garners eye-balls from all over the world.

The first season of the My11Circle LPL T20 will be held between 26th November and 16 December 2020. The opening match will be played on November 26 while the final will be held on December 16. The LPL matches will be held at Kandy, Dambulla & Hambantota.

In the first season of the LPL, the Sri Lankan cricket board has announced there will be 5 teams. The names of the LPL teams are Colombo Lions, Dambulla Hawks, Galle Gladiators, Jaffna Cobras and Kandy Tuskers. Shahid Afridi will captain Galle Gladiators.

The SLC hope they can sign up for the big stars from the T20 world including the likes of Sunil Narine, Chris Lynn, Dwayne Bravo, Rashid Khan, Shahid Afridi, and if they thought bigger, even the Indian cricketers who do not play in any other T20 leagues except the IPL. However, the LPL could clash with the T20 Blast and the CPL which might prune down their star value. This is, obviously, over and above the Sri Lankan cricketers who will be in action.

Simple format. Five teams play each other twice on a supposedly home and away basis but the matches won’t be played at too many different grounds. Major grounds like the ones in Colombo could play host to most part of the tournament.