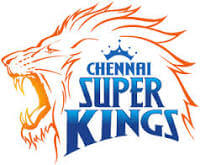 Waste no time and purchase CSK IPL tickets for all their home games either online or directly from the Chepauk stadium’s booking window. Chennai Super Kings tickets online booking is made available on BookmyShow. The minimum IPL tickets price in Chennai ranges from Rs 1300 and goes up to Rs 6000 for premium hospitality tickets. All that needs to be seen is whether the Chennai Super Kings will be able to play all their home games at Chennai unlike in one of the previous seasons when they were forced to play them in Pune.

The Chennai Super Kings endured their worst ever IPL season last year when they failed to reach the playoffs for the first time finishing seventh. The three-time IPL Kings found life difficult last season, and their ageing side came under much scrutiny. They were aware that they needed to take a new approach, but it was still to be under the guidance of Indian legend MS Dhoni.

However, they couldn’t have been happy with the business they did in the IPL auction as, ultimately, they failed in their goal. They brought in the young, exciting Krishnappa Gowtham, but they paid a heavy price for such an inexperienced player. They also brought in England’s Moeen Ali, and while there is no doubting his talents, he is in his thirties and doesn’t solve the problem they had last season regarding their lack of energy and speed in the field. The other issue they have is their squad lacks depth in certain areas, especially the bowling attack? However, let’s not forget they still have top performers such as du Plessis and Suresh Raina in their ranks.

Chennai will begin their campaign on Saturday the 10th of April in Mumbai against last season’s finalists, the Delhi Capitals. They could find life tough against Delhi, considering they have made some impressive additions to their already great squad of players. However, Chennai has a better record against Delhi than any other active IPL team, having won 15 of their 21 encounters. The cricketing world will have their eyes firmly on Dhonis Chennai this season, and the question remains can he make the king’s super once more?

Watch all the games from the stadium and book your Chennai Super Kings tickets now. Ensure you do not miss out on all the fun and you get your match tickets before they are sold out. Fans from all around the country will look to follow and support their side by going for matches that the Chennai Super Kings play at home as well as away. Each IPL follower would want to see Mahendra Singh Dhoni with his tactical brilliance in action. CSK tickets booking for crunch games against arch-rivals Royal Challengers Bangalore and the gritty and mighty Kolkata Knight Riders should be bought at the earliest time possible.

Chennai Super Kings as they have proved in the previous season certainly has the ammunition to reach the knockout stages of the competition. Do you think they can procure their fourth title? If you do then, back them all the way by being present at the stadium. IPL 2021 tickets booking for Chennai Super Kings details is placed above.