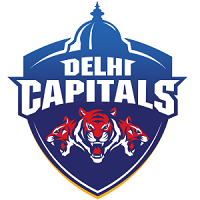 Delhi Capitals team 2021 ticket booking details are placed here. The Delhi Capitals or the Daredevils, have had a poor few seasons in the IPL but with a new-look side and a change in management, last year was quite different. They advanced to the final last year ending at position 2 in the points table with 16 points. If you are looking to book the Delhi Capital tickets for the 2021 edition of the Indian Premier League, we have you covered below.

IPL tickets Delhi 2021 booking online will be made available on Insider.in this year as well. You can also buy Delhi Capitals match tickets at the box office and select Delhi metro stations and 24seven retail outlets (details in the above link). If you are unable to book your IPL 2021 tickets in advance, then you can also pick them up from the stadium box office on match days. This year, the starting IPL ticket price in Delhi for the online tickets is Rs 750 going up to Rs 14500.

The Delhi Capitals will be hoping to go one step further than they did last season and win their maiden IPL trophy. They had a brilliant campaign last year, but their inexperience showed through against the Mumbai Indians in last season’s final, and they were comprehensively despatched by the most successful team in IPL history. They have demonstrated progression over the past three seasons from finishing last in 2018, third in 2019, and, as mentioned, runner’s up last season. If they can continue to progress, the tournament sponsors can start etching the Capitals name on the trophy.

However, Delhi is aware that there is a lot of work to be done, and they have started that work already in their recruitment drive in this season’s IPL draft. They picked up arguably the bargain of the century in Australian captain Steve Smith. Smith had a torrid time of things last season and will undoubtedly have a point to prove this year. They also signed Umesh Yadav, M. Siddhartha, and English duo Tom Curran and Sam Billings. Delhi looks like a very well-rounded team and, more importantly, squad. Their biggest challenge could be trying to fit all of these stars into 11 places.

Their tournament will begin on the 10th of April in Mumbai against the Chennai Super Kings. With the pressure on the Super Kings shoulders to bounce back from a very disappointing season last year, it could deflect some of the Capitals’ weight of expectation. However, they have found life challenging against Chennai, and they have their worst record against any active team in the IPL against them to overcome.

One thing that we all can be rest assured of, is that no matter how things pan out, fans will still flock to the stadium. Watching them play in their home ground at the Feroz Shah Kotla in New Delhi is a wonderful experience. Fans from all around the country will look to follow and support their side by going for matches that they play at home as well as away. They will be looking forward to a more sustained challenge in their quest to win their maiden IPL crown.

Most of the big matches are sold out well in advance especially against teams like Royal Challengers Bangalore and Mumbai Indians. Watch this space for more updates, as we bring you the latest on the ticketing front. Rush and purchase your set of match tickets for all their home games and away games. With the many exciting Indian cricketers and the addition of new DC players, getting tickets as early as possible will be a smart thing to do.

Do you think Delhi can step up to the challenge again this season? They have never made it to any final. They just need to formulate a strategy and work on that. Back them to go all the way this time around by being there at the stadium when the team needs the backing the most. At least in the initial IPL, they cruised to the semifinals as leaders. That should be their first aim this IPL 14 and they have to quickly make winning a habit. Buy IPL DC Tickets 2021 Online using the link above.